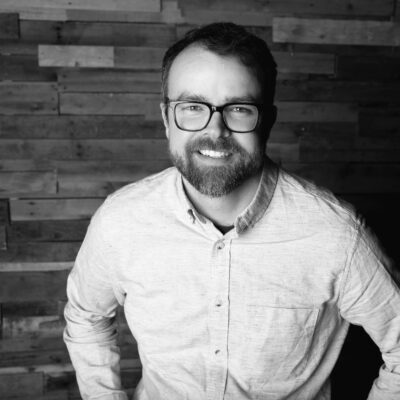 Article 3: “We believe that God created Adam and Eve in His image, but they sinned when tempted by Satan. In union with Adam, human beings are sinners by nature and by choice, alienated from God, and under His wrath. Only through God’s saving work in Jesus Christ can we be rescued, reconciled and renewed.”

The human experience can be summed up in one word: paradox.  It is filled with laughter and tears, with beauty and pain, with order and chaos.  Just consider this past week and the people that you’ve rubbed shoulders with.  You’ve seen goodness and kindness right next to violence, aggression, and malice.  You’ve experienced love and hatred.  And, if you’re honest, you’ve probably seen all of these on display in your own heart.  The Christian faith helps us to make sense of this paradox.

Jesus said that the realities of our heart will flow out through what we say (Matthew 12:34).  James points out that this paradox in our hearts is revealed in how we use our words.  He writes that, with the tongue, “we bless our Lord and Father, and with it we curse people who are made in the likeness of God” (James 3:9).

The Bible makes it clear that we are created by God to display His image.  We are moral creatures who have an innate sense of goodness and love.  We possess within us the ability to display both of those qualities.  We are drawn to beauty and awe because we bear the image of a creative God.  But the Bible also tells us that we are deeply flawed by sin.  We hold on to pride, envy, deceit, and self-righteousness.  We follow in the footsteps of our first parents, Adam and Eve, who defied God’s commands.  We are flawed image bearers and we live with this identity paradox everyday.

I enjoy watching football.  I also understand that any time I bring up a sports analogy in teaching or writing, I will lose about half of you.  Sports can be a world and a culture unto itself.  Some people live in that world; others don’t.  However, something happened recently in the world of sports that seemed to reach the hearts of many people, whether they live in that world or not.  A football player, Damar Hamlin of the Buffalo Bills, made what appeared to be a routine tackle.  But after tackling the player from the opposing team, Damar rose to his feet only to fall to the ground a moment later.  The heart of this 24 year old, world class athlete, had stopped.  The players and coaches on the field looked on with anguish and helplessness as medical staff moved quickly to administer CPR.  The expertise of those medical personnel saved Damar’s life as he was resuscitated and then rushed to a nearby hospital where he remained in the ICU for several days.

Damar seems to be making incredible strides in his recovery.  But while he was in the ICU, where his life hung in the balance, some amazing things happened.  The players, the coaches, and the league put aside their competitive differences and the game was canceled as everyone realized that the value of life was of infinitely greater importance than the outcome of a game.  The non-profit charity that Damar had started raised millions of dollars for the children of his hometown as people from around the country joined together in a display of love, kindness, and generosity.  Sports commentators prayed on national television.  The image of God was on display.  Yet something else happened as well.  The player that Damar tackled was castigated on social media, even though he did nothing wrong and was already dealing with the internal guilt of what had taken place.  Hatred and malice spilled out through hurtful words, displaying the deep flaws of the human heart.

We live with the paradox of the human condition on an everyday basis.  Even though we still possess the image of God, our sin separates us from the God who is perfect.  We are all in need of a Savior who can remove our sin from us.  I’ll address SVC’s beliefs about God’s remedy for our sin in the next two blog entries where we will explore the identity of Jesus and the significance of His death and resurrection.